THE FLAX STRIPPER WILL BE CLOSED FOR THE MONTHS OF JUNE &JULY. (open by prior arrangement)

Phormium Tenax (commonly known as "harakeke" or "native flax") has played an important part in the history of Aotearoa/New Zealand, for inside the long green leaves of this plant there lies a strong white fibre, suitable for the manufacture of cordage and textiles. The Maori people utilized this fibre for hundreds of years, extracting it from the leaf with a mussel shell and preparing it for weaving or plaiting by a slow and laborious process of scraping, washing and beating.

Most flax mills were small in size, containing only one or two strippers. However, they were an important source of employment, for each stripper provided work for 20-25 men. Flax leaves were cut by hand in the swamp, tied in bundles, carted to the mills. The processed fibre was then pressed into bales, tied with ropes and carted to the nearest port or railway station for transport to market. Most of the fibre was exported to Australia, Britain and North America, where it was manufactured into rope and twine, but a small quantity was also spun into cordage within New Zealand.

The largest flax mills in New Zealand (containing between four and seven strippers) were erected in the Manawatu region, which became the centre of the flax milling industry after the year 1890. Important improvements in swamp management, flax cultivation, mill design and mechanical efficiency were pioneered in Manawatu and exported to other flax milling regions, which included Northland, Waikato, Bay of Plenty, Marlborough, Canterbury, Otago, Southland and Westland.

The production of phormium fibre on a large scale did not commence until the late 1860s, when a machine was invented to beat the green leaf between a revolving metal drum and a fixed metal bar. Metal beaters on the surface of the drum struck the leaf at great speed, stripping away the non-fibrous material and releasing the strands of fibre.

The flax stripper used in the museum is one that was operated at the firm of Bonded Felts managed by Mr Bill Hoskins. It was designed by Mr E Sutton (c1946) and was capable of stripping 12 ton of green leaf per day.
The flax stripper takes the green cortex off the leaf and leaves the fibre which goes onto a chain and washed. After stripping the fibrs was put out in the sun to dry and bleach.

The other piece of machinery owned by the museum is a "scrutcher" donated by a farmer near Blenheim. The dry and bleached fibreis fed into the scrutcher and all the short fibres are removed and the remainder are polished.

Foxton was home to a number of Flax Mills situated on the Manawatu Riverbank (now, the Loop). A tour of the museum includes seeing the machinery in operation and includes explanations of the industry from tour guides. A photographic display shows the production of carpets and woolpacks from flax. This working machinery is still put to practical use with flax being stripped for people who want fibre for furniture-restoration, and Maori crafts. 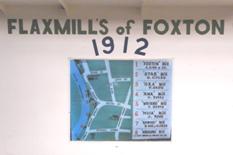 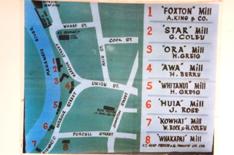 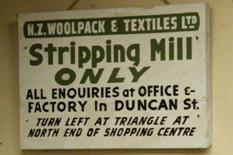 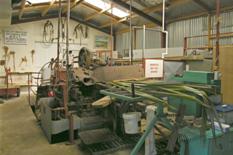 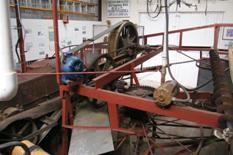 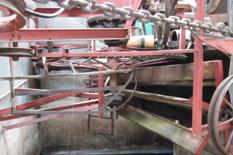 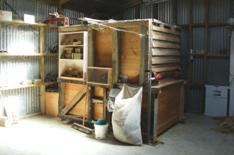 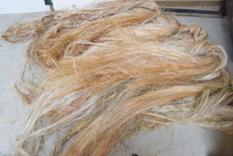 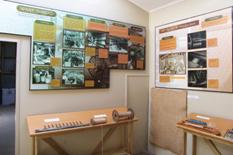 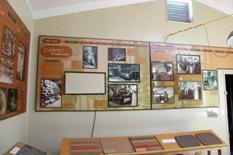 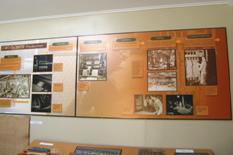 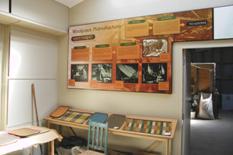 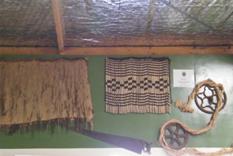 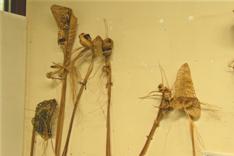